New evidence that urbanization is changing evolution of plants 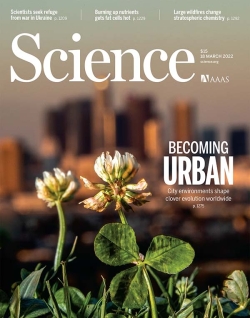 Nipissing University and the City of North Bay are represented in a recently published global study that used a widely distributed plant species as a model to examine the effect of urbanization on evolutionary processes.

In 160 cities across 26 countries on six continents, the landmark study examined over 6,000 populations of the ubiquitous plant, white clover, growing along gradients of urbanization. For each city, clover populations were sampled along a transect extending from the urban centre to rural sites beyond city limits and analyzed for the ability to produce a specific chemical marker, hydrogen cyanide (HCN). HCN is a toxic antiherbivore chemical which also reduces the plant’s low temperature tolerance thereby amplifying the link between urbanization and climate change.

The study concluded that increasingly, urbanization is transforming rural and natural environments into unique ecosystems that Earth’s biota has never experienced, thus altering the evolution of life on our planet. The GLUE (Global Urban Evolution) project, led by evolutionary ecologist Dr. Marc Johnson and his University of Toronto colleagues, included the participation of scientists from 181 universities and research institutes from around the world.

The Nipissing University team was headed by Dr. Peter Nosko and included Lab Instructor Laura Rossi and former student Montana Warbrick, all members of the Department of Biology and Chemistry. The research, described in a paper entitled “Global urbanization drives adaptation in the plant white clover”, was fittingly published on St. Patrick’s Day in SCIENCE, one of the world's top academic journals, with all Nipissing University team members as co-authors.