Welcome to the School of Business at Nipissing University

If you want to prepare for a career, and life in general, Nipissing’s School of Business offers a number of programs with flexible delivery options. We provide a wholesome approach to learning that gives you more than a degree. Along with core business knowledge, you will develop professional and social skills. The program’s combination of theoretical background, practical skills, real experience, and techniques to hone independent thinking and problem solving skills will give you an advantage and a better chance of success in a competitive market.

Choose the program that's right for you...

At the North Bay Campus

Students choose Nipissing University in North Bay, Ontario because of its friendly community and commitment to providing one of the best undergraduate student experiences in Canada.

The Bachelor of Commerce program at our North Bay campus is only available to students who are completing a dual degree program.​

At a College Partner Campus

Nipissing has partnerships with Algonquin, Centennial, Lambton and St. Clair Colleges and offers degree completion programs for their graduates of a 3-year advanced diploma in business. Fast track completion of a Bachelor of Commerce degree with a blend of online coursework and classes at a partner college campus.

We welcome students from diverse backgrounds and experiences. If you are a graduate of post-secondary education, a working professional with a CAFM or CGA designation, new comer to Canada or someone who has graduated from high school and want to earn a Bachelor of Commerce degree (BComm), this pathway is for you.

NEW! Post-Baccalaureate students are now able to take up to 1 co-op work term during their diploma program. Please reach out to the School of Business at business@nipissingu.ca for more information.

The School of Business offers a series of certificates and diplomas to meet the needs of students wishing to learn about business in shorter periods of time compared to a typical degree program. Click here for more information. 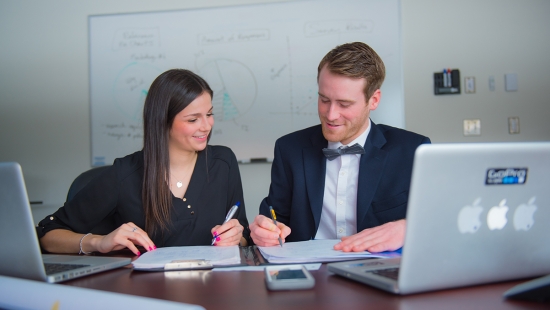 The School of Business BBA Co-op Program is an integrated approach to university education that enables students to alternate academic terms on campus with work terms in suitable employment. The success of such programs is founded on the principle that students can apply theoretical knowledge from course studies in the workplace and return to the classroom with practical workplace experience.

For more information on co-op, click here or email business@nipissingu.ca.

The iLEAD Program offers unique ways to Learn through Experience, Action and Discovery while earning credits toward your business degree. The program is designed to help you gain valuable and relevant work experience through activities such as directed studies, writing an honours thesis, participating in workplace internships or studying overseas. The iLEAD program allows your learning to transcend the classroom so you can hone your personal and professional skills and realize success in all facets of your life.

For more information on how to get involved, click here or email ilead@nipissingu.ca. 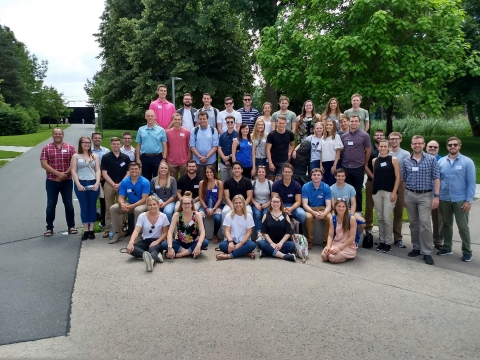 Gain international work experience with a global brand (e.g. ADIDAS, PUMA) through this unique partnership with Ohio University and the University of Bayreuth.  Students work in cross-cultural teams and apply their creative minds to solve a problem posed by the client organization.  The iLEAD Germany Expedition is a two week consulting project, usually in late May and early June, and offers opportunities to explore the local Bavarian culture.  This three-credit course includes pre-departure preparation meetings in the Winter term ahead of the Spring term travel.

Watch the video to see what our students have to say about the experience. 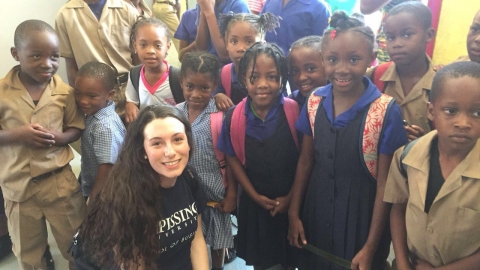 For the past several years, faculty and students from the School of Business have been visiting Jamaica during the winter reading week to volunteer with small businesses engaged in sustainable tourism or community development. The students apply their skills, knowledge, and talents to identify challenges faced by the business and provide the business with solutions and recommendations. This three-credit course includes pre-departure preparation meetings during the Winter term.

The School of Business Job Placement Program provides organizations with the ability to advertise upcoming job opportunities with our 4th year graduating business students and alumni.

Our student graduates enter the working world with a strong foundation of business knowledge and relevant skills.  Thanks to our small class sizes and one-on-one focus, when you hire a Nipissing Business graduate, you can be confident that they have the skills and values to get the job done and help grow your organization.

Please email your posting to business@nipissingu.ca and we will be happy to share it with our students. 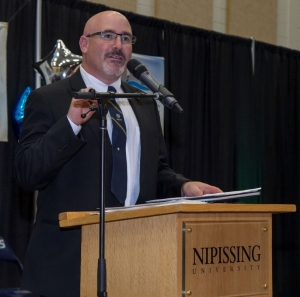 “When I graduated from high school, I was looking at all the big business schools. Looking back, it is only now that I realize how much I appreciate the value attending Nipissing University provided me. As the second graduating class of the BBA, I learned value skills that enabled me to be an impact hire right out of school. My BBA has provided me great opportunities to travel to Dubai, Europe and almost all of North America. What I appreciate the most was the opportunities that a small institution provided me such as direct teacher interaction and being involved in extra-curricular activities. A highlight was being elected as the first Nipissing University Student Union President and representing Nipissing in Queens Park when we were applying for our Charter. There is a reason why Nipissing ranks highest in graduate satisfaction. Come find out why.” 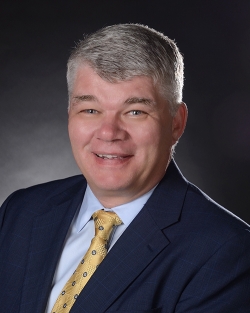 Nipissing University has appointed George Flumerfelt, President and Chief Executive Officer of The Redpath Group, as the inaugural Executive in Residence.

Mr. George Flumerfelt P.Eng. joined Redpath in 2003 and was promoted to his current position as Chief Executive Officer in 2005. Prior to joining Redpath, George held various mine management roles with Noranda Inc. and Freeport McMoran in Canada, Africa and Indonesia. During his tenure at Redpath, the company has undergone significant growth and today provides mine development, shaft sinking, raise boring, contract mining and construction services to the global mining industry. Headquartered in North Bay, Ontario, Redpath has business offices in Australia, Canada, Chile, Indonesia, Mongolia, South Africa, and the United States and is currently undertaking projects in 15 countries. Redpath has been in business since 1962 and its global head office is located in North Bay, Ontario, Canada.

The School of Business strives to incorporate experiential learning into their business programs and Mr. Flumerfelt’s wealth of experience leading an international company provides highly valuable context for students that will engage students and support learning.

“I am honoured to serve in this important role and look forward to engaging with students and faculty and sharing my experiences with the next generation of business leaders.”

Students enrolled in Nipissing's BBA Accounting Concentration or BComm Honours Accounting Concentration are able to satisfy the preparatory course requirements for the Chartered Professional Accountant (CPA) designation while working towards their degree. Upon graduation, students would enter CPA's Professional Education Program (CPA PEP). The School of Business works closely with CPA Ontario to ensure its courses are aligned with CPA's learning outcome requirements. 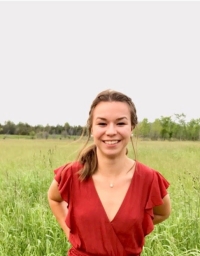 “The Nipissing University School of Business have provided me with the necessary skills I need to pursue my CPA designation through the completion of my Bachelor of Business Administration - Accounting degree. The faculty at Nipissing is extremely resourceful and always there to provide guidance and support. The beautiful campus is a wonderful environment to learn and grow.”

Students interested in pursuing a career in Human Resources Management have the opportunity to complete all of the courses required to satisfy the prescribed coursework requirements for the two designations. The School of Business has worked with the Human Resources Professionals Association of Ontario (HRPA) to ensure our courses are aligned with their learning outcomes requirements. If you are interested in becoming a student member of the HRPA, North Bay also has its very own chapter. The North Bay Chapter represents a large geographical area and its HR practitioner members provide services to a diverse spectrum of industries.

CMA’s student membership program provides many benefits for full-time post-secondary students. Students gain access to numerous resources that will help in their marketing studies and allow them to network with future employers.