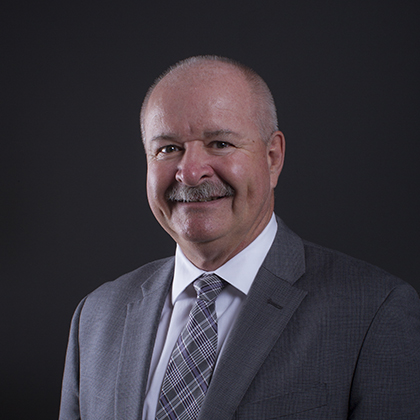 Mr. Paul Cook has been appointed the new Chancellor of Nipissing University. The recently retired Chief of the North Bay Police Service will begin his four-year term as Chancellor on June 1, 2016.

The appointment comes after a two-year search by the Chancellor selection committee. Cook succeeds Jon Dellandrea, becoming Nipissing’s fourth Chancellor. The Chancellor is the titular head of the university and confers all degrees to graduates at Convocation.

“It is a pleasure to welcome Paul Cook as our new Chancellor. He is a proven leader, who possesses vision, honesty, and integrity as well as a demonstrated commitment to this community and region,” said Dr. Mike DeGagné, Nipissing’s President and Vice-Chancellor. “It is an important and exciting time at Nipissing University. We are a leading institution in terms of meeting student needs, new academic programs are launching, our research culture continues to grow, and we are on a stable financial path. Our future is bright and Mr. Cook will be a tremendous leader, ambassador and advocate for Nipissing University as we continue to evolve.”

“I am deeply honoured to be named Chancellor of Nipissing University,” said Cook. “North Bay is my home and I’ve served this wonderful community for my entire life. Nipissing University is a driving force in our community, an economic, cultural and social engine, making a tremendously positive impact. Over the past 24 years since receiving its charter, Nipissing has grown and evolved into an outstanding institution with a global reputation, while always displaying a strong commitment to its home community. I look forward to working with the Board and Dr. DeGagné and his team as well as the fantastic faculty, staff and students who make Nipissing such a fine institution. The university is poised for even greater success and I am thrilled to play a role in its continued excellence.”

Born and raised in North Bay, Cook served as Chief of Police for the North Bay Police Service from 2004 – 2016, capping off 34 years on the force. A dedicated community builder, Cook currently serves as President of Retired Badge Consulting Inc. He is the Past Chair of Coach4Food and the North Bay Court Security Committee, and is a member of the Nipissing Transition House Board, North Bay District Soccer Board, and North Bay Sports Award Committee. He is a past member of the Domestic Violence Coordinating Committee of Nipissing, the former Honorary Colonel of 51 Aerospace Control and Warning Squadron, Past Chair of the 2015 Ontario Special Olympics Provincial Winter Games Committee, and Past Sponsorship Chair for the 2013-14 World Ringette Championships Committee. In 2013, Cook was honoured with the Rotary Club Paul Harris Award and the Officer of the Order of Merit for Police Forces Medal. He received the Queen’s Diamond Jubilee Medal and the Royal Canadian Air Force Commander’s Commendation in 2012.

“I have a great deal of respect for Dr. Dellandrea, Dr. Liddle and Dr. Redpath, and it humbles me to follow in their footsteps,” said Cook. “Each helped the university to evolve and grow through their leadership and I look forward to continuing the tradition of excellence which each of my predecessors has established.”

Nipissing University will hold a special installation ceremony this Spring to officially install Cook as Chancellor.

Cook’s appointment was passed by the university’s Board of Governors on February 22 and by the University Senate on February 12.