Presented to a graduate whose dedication and leadership has influenced significant change and prosperity within their community. The recipient may be an alumnus of one of the following institutions: North Bay Normal School, Teacher’s College, Nipissing University College or Nipissing University. 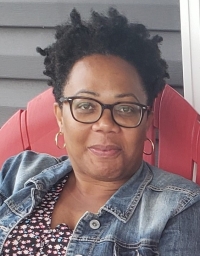 Gemma Victor graduated from Nipissing University with a Bachelor of Arts (Honours) in Environmental Geography and went on to complete her master's at York University. Since graduating from Nipissing, she has dedicated herself to the environment and social justice issues.

From 2012 to 2016, she served as the President and Board Member for Greening Nipissing, an organization that provided environmental education and local green projects to the Nipissing District.

In 2020, Gemma co-founded Equity Inclusion North Bay and went on to be their Chair. Equity Inclusion North Bay was formed after a group of community members from varying backgrounds, races, and ethnicities completed a nine-week anti-racism book study. The motivation for this book study came from the Black, Indigenous, and People of Colour (BIPOC) community members who were experiencing unrelenting incidents of racism and discrimination in their workplace, as well as in the community. They were continually being dismissed by white management and community members. The cumulative impact of these experiences were detrimental to the physical and mental health of the BIPOC population but were not always obvious to non-racialized community members. Its mission is to remove systemic barriers to inclusion in all sectors of our society and to take meaningful action against discrimination, by learning together to build a respectful, inclusive, and safe North Bay community.

Gemma mentors Black Nipissing University students who need someone who understands what they are going through. She ensures that any student receives the support they need. Numerous students over the years have said that she has gone above and beyond to make them feel welcome and part of the Lakers community. Gemma was recently awarded the Minister of College and Universities’ Award of Excellence in the category of Equality of Opportunity for her outstanding role in supporting Black students.

Incredibly gifted at making individuals feel heard, accepted, and safe, Gemma is the person many will go to for an opinion or guidance. She has shown her dedication and leadership in wanting to make a difference not only in the Laker community but in the North Bay community as well.

Gemma recently took on a new role as the Manager of Academic Programs and Special Projects in the College of Social and Applied Human Sciences, at the University of Guelph. She is currently pursuing her Doctor of Education in Educational Leadership from Western University.

The Distinguished Alumni Achievement Award is presented to an alumnus whose achievement and excellence in their endeavours have distinguished them as a valued leader. The recipient will have demonstrated positive influence through their professional pursuits and as a result of their actions, the alumnus will have made a strong contribution to the prestige and reputation of Nipissing University. 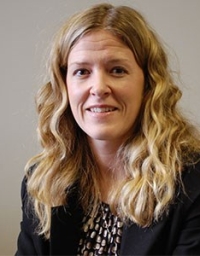 Stacie Fiddler has led the Labour Market Group as Executive Director since 2003 and has over 15 years of demonstrated leadership in career management, labour market planning, and strategy development. She has worked with communities, organizations, and all levels of government. Having worked in the public, private, and not-for-profit sectors, she has a solid understanding of the roles, each play in creating strong and vibrant communities and competitive local economies.

Stacie’s work with Ontario’s Workforce Development Boards spans over fifteen years. Through her work with the province’s employment and training programming, Stacie has planned, developed, and managed a range of complex publicly directed programs and projects that have addressed the training and employment needs of communities and businesses alike. She has been responsible for leading and implementing new workforce development initiatives and employment program supports at the local and provincial level.

Prior to joining The Labour Market Group, Stacie was employed with the North Bay and District Chamber of Commerce.

Stacie holds an Honours Bachelor of Arts degree from Nipissing University, a designation in Economic Development from the University of Waterloo, and is currently working on her Master of Business Administration (MBA).

In 2003, Stacie was appointed to the Employment Insurance Board of Referees by the Commissioner of Employers for Human Resources and Skills Development Canada, where she served over ten years of service, and in 2009, was one of the winners of Northern Ontario Business’s Top 40 under 40 Awards. In 2011, she was appointed to the Muskoka, Nipissing, Parry Sound, Temiskaming Grant Review Team of the Ontario Trillium Foundation and recently was appointed to Nipissing University’s Board of Governors.

The Rising Star Alumni Award is presented to a recent graduate of Nipissing University who has demonstrated significant achievements on a professional, community or volunteer basis or has displayed promise of significant future accomplishments. It is awarded to an alumnus who has graduated in the last five years. 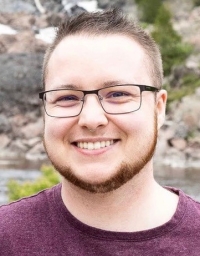 He recently finished teaching his first university level class in Globalization and Development and fulfilling his long-term goals working as a valued member of Statistics Canada’s Gender, Diversity, and Inclusion team. As the only transgender member on his team, Avery plays a pivotal role in the representation and advocacy of trans individuals in research. Through this position and his time as a lecturer, Avery has distinguished himself as a valued representative and leader in various environments.

With the academic excellence Avery embodies, it is no surprise his success is on an upward trajectory. In his personal time, Avery participates and advocates for others, as he is a member of a Trans* Justice group that ensures the recognition and support of transgender scholars in North America and abroad. Having secured all this success just months after graduating in August, Avery demonstrates dedication in his professional and personal endeavours.

Avery provides the utmost respect with his peers, colleagues, and supervisors with his can-do attitude, and is always ready and enthusiastic to take on whatever is thrown at him next. Avery fosters success not only for himself but those around him, celebrating all success, not only his.

Avery hopes to continue pursuing research opportunities related to gender, diversity, and inclusion, especially within the transgender and non-binary population, within the Government of Canada's initiatives related to Statistics Canada’s Gender Results Framework.

Avery returned to his hometown of Sault Ste. Marie in April 2022; he is very thankful for the opportunity to work from home, both for Statistics Canada and for Nipissing University.

The newly created Philanthropy Alumni Award is presented to an alumnus or champion of Nipissing University who is making significant contributions to improve their community through their generosity, dedication, commitment and service. The ideal candidate is passionate about an important social cause, freely gives their time, exemplifies great leadership qualities and has demonstrated an unwavering commitment to improving the social challenge related to his or her cause. This can include attempting to break down biases, change perceptions and alleviate issues impeding progress while working toward conquering a problem or responding to a need in a tangible way. 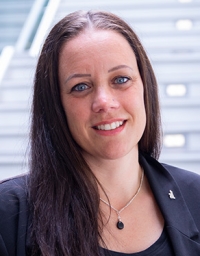 For as long as Macrina can remember, she’s been the person who steps up and speaks out on behalf of those who need their voice amplified. After graduating from Nipissing University in 2003 with a Bachelor of Arts in Liberal Arts, Sociology and English, she knew she wanted a career in helping others. Her desire to advocate for others came from a place of empathy and compassion for those experiencing barriers or injustice. After earning her degree, she spent the first two years of her career working with Indigenous youth from Northern Labrador who were in residential treatment who experienced abuse, neglect, trauma, and addictions.

In 2005, she started a career at Yes Employment Services where she supported, advocated for, and mentored persons with disabilities who were looking to join the competitive works force. Throughout the fifteen years she spent in this role, she learned so much about the world, and people. This role opened her eyes most specifically to the challenges faced by people battling complex mental illness, substance use disorders, and those with autism spectrum disorder.

When Macrina and her husband Steph welcomed their son Brayden in 2006, and their daughter Keira in 2009, they had no idea just how much things would change.

In 2013, she co-founded The Studio, a group fitness facility in North Bay that turned into wellness community. Since inception, Macrina, along with partners Kindra McMillan, and Shelley Ortepi, as well as their team and members, have raised over $100,000.00 for CF Canada through their annual Zumbathons.

In 2018, her efforts with CF Canada expanded to include government relations training to engage in the organization’s advocacy efforts. In May 2018 her family was invited to Parliament Hill to meet Prime Minister Justin Trudeau to promote the annual Walk and speak about life changing medications coming into Canada. In 2019, she participated in May Days at Queen’s Park with a team of CF Canada advocates, where the focus was on education, and access to gene modulator therapies designed to treat the underlying defect in CF.

Since 2018, her advocacy has been strong and steady at the provincial and federal levels. In July 2021, the federal and provincial governments had approved access to life-saving medications to 90% of Canadians living with CF. Macrina is proud to have played a role in this historical advancement. In 2021, she was awarded the National Volunteer Excellence Award through CF Canada, and the North Bay CF Canada Chapter was awarded the Fred Blizzard Chapter of the Year Award.

While there is still much work to be done for the remaining 10% of the CF population who don’t access to a lifesaving therapy, Macrina choses to celebrate the strides made while continuing the fight.

The Honorary Alumni Award is presented to an individual who is not a graduate of the university, but whose actions and dedication have made a positive impact on the Nipissing University experience. This honour recognizes friends of Nipissing University for outstanding service, commitment and contribution, past or present, to the University. 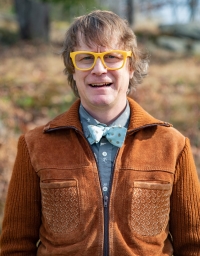 Dr. Toivo Koivukoski is an Associate Professor of Philosophy, Political Science, and Economics in the Faculty of Arts and Science at Nipissing University.

His research interests include classical (Homer, Plato, Aristotle), modern (Machiavelli, Hobbes, Kant, Hegel, Nietzsche) and contemporary political theory and has published on the topics of technology, globalization, and classical regimes theory.  His first area of study is political theory while his second sub-discipline is international relations with a specialization in globalization studies. His current research considers the relation between love and justice through a comparative study of Plato’s Symposium and Republic.

During his time as a professor and as the Nipissing Lakers Nordic Head Coach, Dr. Koivukoski has continuously supported students in their endeavours.

He has aided the Nipissing University Student Union in running provincial and federal election debates. These debates have been open to the public and have allowed political science students to become involved in organizing and emceeing these events.

In 2016, Dr. Koivukoski was named Head Coach for Team Canada for the 2017 FISU Universiade in Almaty, Kazakhstan. That year, he was also the recipient of the Al Brennan Memorial Trophy for Coach of the Year, and was voted coach of the year in 2014 and 2015 by the entire OUAA Nordic coaching roster.

Dr. Koivukoski maintains the trails around the Nipissing University campus not only for the Nordic ski team to practice on, but also for the public. These trails allow skiers, snowshoers, and snowboarders to enjoy the area. A lot of work goes into maintaining these trails, especially after a large snowfall.

Anyone who knows Dr. Koivukoski finds him to be a warm, kind individual who has everyone's best interests at heart. He makes students feel heard and creates an inclusive environment wherever he goes. He has made Nipissing University feel like a home for many students, especially student-athletes.