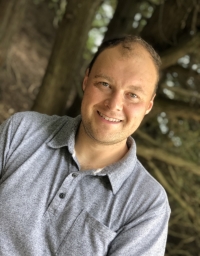 Assistant Professor / Faculty of Arts and Science - Indigenous Studies
Position
Full-time Faculty
E-mail
tysons@nipissingu.ca
Office
A308-A
Extension
4137
Website
—
About
Tyson Stewart is an Anishinaabe (Temagami) film and media scholar and artist who teaches Indigenous cultural expression and representation in the department of Indigenous Studies. His scholarly interests include filmmaking, communication technologies, image ethics, archive theory, and Indigenous media practises. His first book, Cinema Derrida, looks at Jacques Derrida’s collaborations with filmmakers throughout his lifetime and offers close textual analyses of the films’ “spectral effects.” In the book, Stewart shows how post-structuralist approaches to cinema as a ghostly form of communication emphasize the other through mourning and represent a challenge to classical communication thought.

Dr. Stewart’s new, SSHRC-funded research project seeks to foster a critical perspective of how the Truth and Reconciliation Commission as a cultural and political phenomenon framed around the contentious concepts of truth and reconciliation has been processed by filmmakers, artists and media makers in Canada. His goal for this project is to convey the dignity and singularity of Indigenous peoples through an analysis of prominent themes of new Indigenous cinema, such as survivance, futurity, youth, and restorying the past.

“Images of Global Conflict and the Work of Mourning in the Humanities Classroom.” Interdisciplinary Humanities. 36.1 (Spring 2019): 93-103.

“Before the Law of Spectrality: Derrida on the Prague Imprisonment.” Empedocles: European Journal for the Philosophy of Communication 9.1 (May 2018): 57-74.