Organized By The School of Social Work Nipissing University

This event aims to raise awareness of rare forms of dementia (e.g. frontotemporal dementia, posterior cortical atrophy, primary progressive aphasia) which occur in about a quarter of people living with dementia. These forms of dementia are normally young in onset (under 65 years old). A rare dementia diagnosis brings with it a set of unique and complex challenges, yet there is a widespread lack of understanding and a shortage of dedicated resources to support people affected by these conditions. This event also contributes to conversations around building on our current strengths to innovate various forms of support for people living with dementia and their families.

Hosted by Nipissing University in collaboration with Rare Dementia Support, a UK based service working to support people affected by five rare dementia conditions, and the Alzheimer Society of Sudbury Manitoulin North Bay and District, this event is a knowledge dissemination/patient and public involvement activity of the Rare Dementia Support (RDS) Impact Study, a five-year research project collaboration between University College London (UCL), Nipissing University and Bangor University, led by Professor Sebastian Crutch of the Dementia Research Centre, UCL. This is the first major study of its kind, and will examine the specific challenges, support needs and care preferences of people affected by a rare dementia, and the value of support groups, such as that provided by Rare Dementia Support.

This event is offered free and will be of interest to people living with dementia, family care partners, health and social care practitioners, students and researchers

Register for the event here

To participate on June 16, visit the Facebook event page here

Video content will posted to the Facebook event page on June 16 and will remain available to view at any time after the event. 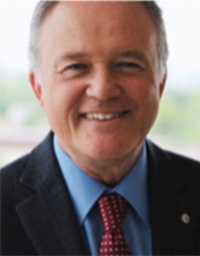 Dr. Donald Weaver is both a practicing medicinal chemist and practicing clinical neurologist. He obtained his MD (Queen’s University, Canada) and later completed a residency in clinical neurology (Dalhousie University, Canada) with a focus on behavioural neurology. After his MD training, he completed a PhD in chemistry (Queen’s University, Canada). Dr. Weaver has held academic appointments at Queen’s University (1988-2001), Dalhousie University (2001-2013) and most recently the University of Toronto (2013-present). In all his appointments, he has had a medicinal chemistry laboratory committed to drug design as well as practicing as a neurologist with a memory disorders clinic. Currently, he is Director of the Krembil Research Institute and Research Director of the Krembil Brain Institute within the University Health Network affiliated with the University of Toronto. Dr. Weaver has published widely in both chemistry and neurology, holds numerous patents, has trained more than 50 graduate students and 60 postdoctoral fellows. He has founded or co-founded multiple biotech companies (Neurochem Inc., Molecular Mining Corp., DeNovaMed Inc., Mindful Scientific Inc., and Treventis Corp.). He has had two compounds reach Phase III human clinical trials. He has received multiple national and international awards (including the Jonas Salk Award, Prix Galien Award, Bernard Belleau Award in Medicinal Chemistry, Merck Frosst Award in Organic Chemistry, and the S. Weir Mitchell Award from the American Academy of Neurology).

Dr. Weaver was awarded a Doctor of Letters from Nipissing University in 2014.

In this session, Dr. Weaver will provide an overview of young onset and rare dementia, including the different types; prevalence rates in Canada and globally; and challenges around diagnosis. He will also provide an update on known causes and effective treatments

Nancy’s older sister, Rose, was diagnosed with Alzheimer disease in her mid-50’s. As a single woman Rose turned to her parents and sister for support. Nancy helped Rose navigate an early retirement and a move back to her hometown, and established a new network of support for her sister. Nancy describes the family's adjustment, care transitions and how she and parents have supported Rose through the early and mid stages of her illness. 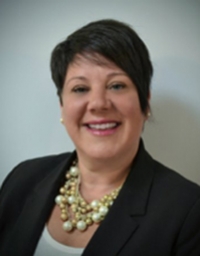 Stephanie has been serving as the Executive Director of the Alzheimer Society Sudbury-Manitoulin North Bay & Districts for the past 4 years, a non-profit organization that provides essential programs and support services for persons living with dementia, their care partners and families. Her key responsibilities include strategic planning, program development/management, community outreach as well as overseeing the financial and operational functions of the Sudbury, Manitoulin and North Bay sites. Prior to joining the Alzheimer Society, Stephanie served as Programs and Operations Manager with NISA (Northern Initiative for Social Action); Part Time Professor at Cambrian College; Directrice du Bureau de Développement; Manager of Partnerships and Administration Officer at College Boreal; Policy and Program Developer with the City of Greater Sudbury; and Community Development Coordinator at the Ontario Early Year’s Centre. Stephanie has extensive experience in project management, community development and strategic planning. She is a proven leader driven by her passion for civil and human rights, education, politics, social services and health.

Stéphanie will set out the work of the Alzheimer Society and its partners in addressing the support needs of people with dementia. She specifically addresses some of the challenges in supporting people with young onset dementia, particularly those living in rural and more remote regions of the province. 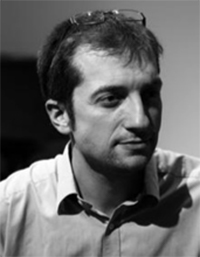 Sebastian Crutch is Professor of Neuropsychology at the Dementia Research Centre, University College London Institute of Neurology. His research focuses on rare and young onset dementias, exploring topics such as dementia-related visual impairment, computational approaches to improving cognitive assessment, and reading and balance problems. He directed the Created Out of Mind 2016-2018 dementia and arts residency at The Hub, Wellcome Collection, which aimed to shape and enrich public and professional perceptions through collaborations between artists, scientists and people living with dementia. He currently co-leads Rare Dementia Support which exists to provide care, support and advice to people living with rare dementias. 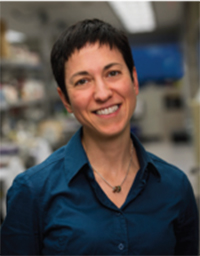 Dr. Tartaglia is Cognitive Neurologist at University Health Network (UHN) affiliated with the University of Toronto, and an Associate Professor at the University of Toronto. She holds the Marion and Gerald Soloway Chair in Brain Injury and Concussion Research. She received her medical degree from McGill University, completed her residency at the University of Western Ontario and did three years of clinical/research fellowship in Cognitive/Behavioral neurology at the University of California, San Francisco Memory and Aging Center, USA. She maintains a cognitive/behavioral clinic within the UHN Memory Clinic where she sees patients with neurodegenerative diseases with a focus on Frontotemporal lobar degeneration-related syndromes. As well, she is interested in the delayed effects of concussions and sees patients who have suffered multiple concussions and are at risk of developing a neurodegenerative disease. She uses novel imaging techniques in conjunction with proteomics, pathology and genetics to better diagnose and understand the pathological substrates that cause cognitive, behavioral and motoric dysfunction. The goal of her research program is to develop biomarkers for early detection of disease to provide early treatments to her patients. She is the director of the Memory Clinic Trials Unit. ​

Dr. Tartaglia will provide an overview of Frontotemporal Dementia (FTD), the most common cause of young onset dementia and the journey to diagnosis including some of the complexities in presenting symptoms, particularly responsive behaviours. She will also discuss care challenges and some of the difficulties individuals and families face to establish ongoing support and provide updates on treatment options. 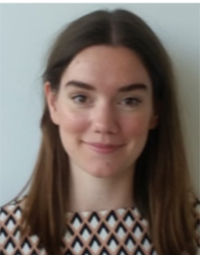 Emma Harding is a psychologist at the Dementia Research Centre, University College London Institute of Neurology. Emma’s work is focused on better understanding the day-to-day lived experience of people with different kinds of dementia, and in developing new and innovative ways to capture and measure those experiences.

Dr. Harding will discuss the challenges of living with typical memory-led Alzheimer’s disease and Posterior Cortical Atrophy, a rare form of dementia; and the varied ways these challenges are navigated and negotiated by people affected by these conditions within their intersecting physical and psychosocial environments.

SESSION SEVEN
ALL IN THE FAMILY 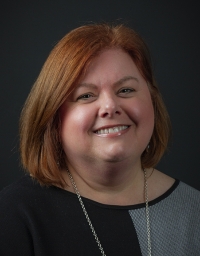 Mary Pat Sullivan is a Professor of Social Work and Social Gerontology at Nipissing University in North Bay.  Her clinical practice and research focuses on the social context of aging and older age with a particular emphasis on dementia care. She leads the Nipissing University team investigating support for people with rare dementia with the Dementia Research Centre, University College London Institute of Neurology. She is also on the Board of Directors for the Alzheimer Society of Ontario. Prior to her appointment at Nipissing, Dr. Sullivan spent over 20 years in the UK completing a PhD in Gerontology at King’s College London and holding various academic appointments including leading social work at Brunel University London and Honorary Secretary for the British Society of Gerontology. ​Prior to her academic career, Dr. Sullivan was involved in the development, delivery and evaluation of geriatric mental health services in northern and eastern Ontario.

Family stories about caring for someone who has dementia and everyday life are not uncommon. They permit a reframing of the burden of care into a very human and social experience – tales of both suffering and growth. However, these stories are overlooked within dementia research despite their ability to provide important perspectives into the collaborative and negotiated experience of family and individual identity, and how family members cope with difficult experiences together. In this session, Dr. Sullivan will illustrate the impact of young onset dementia on the entire family system (i.e. spouse/partner, children, siblings, parents), and explore how family functioning and the interdependence among family members impacts on the exchange of care and support over time. 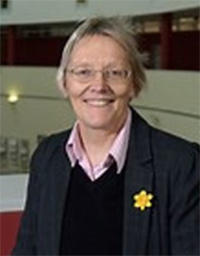 Christina Victor is Professor of Gerontology and Public Health at Brunel University London. Christina has a BA in Geography from Swansea University and an MPhil in Medical Geography from Nottingham University. While working at the Medical School in Cardiff she developed her interests in gerontology. Christina’s initial research interests focused on health, health inequalities and the evaluation of services for older people. More recently she developed a keen interest in loneliness and isolation; the benefits of exercise and activity in later life; and the experiences of old age and later life amongst minority communities and people with intellectual disabilities. She has received funding for her research from various funders including the Economic & Social Research Council (ESRC), National Institute of Health Research (NIHR), Dunhill Medical Trust, Leverhulme and the British Academy. Christina has written over 200 journal articles and book chapters and has published 8 books in the field of gerontology. She is Editor of Ageing and Society, the leading social gerontology journal in Europe. In 2017 Christina was awarded the Lifetime Achievement award of the British Society of Gerontology and awarded Fellowship of the Gerontological Society of America.

Using data from the Living Well with Dementia (IDEAL) Study, a cohort of 1,500 people with dementia and 1,200 caregivers being followed up for 8 years in the UK, Dr. Victor will highlight the distinction between loneliness and isolation, and the prevalence of loneliness and isolation in people living with dementia and their caregivers individually. She will also present some preliminary data on loneliness/isolation in care dyads and how loneliness/isolation in one part of the dyad can affect their own wellbeing and their partner’s

SESSION NINE
IMPACT OF THE ARTS IN DEMENTIA CARE 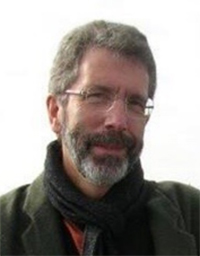 Dr. Camic will provide an overview of the impact of the arts as part of dementia care, both in the community and in residential care. He will also discuss its future potential from community care and research perspectives.

Paul Camic is Honorary Professor of Health Psychology at the Dementia Research Centre, University College London Institute of Neurology and Professor Emeritus of Psychology & Public Health at Canterbury Christ Church University, UK. He was trained as a clinical health psychologist and public health researcher in Chicago. Paul’s research interests include the arts, health and wellbeing, focusing on older people, social isolation and those with a dementia. He has particular interests in community-based interventions involving art galleries, museums, singing and music.