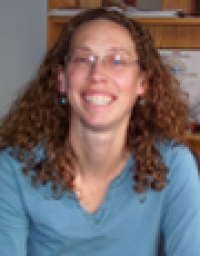 Associate Professor / Faculty of Arts and Science - Gender Equality and Social Justice
Position
Full-time Faculty
E-mail
rnagy@nipissingu.ca
Office
A335
Extension
4156
Website
Rosemary Nagy Website
About
​Dr. Rosemary Nagy works in the area of human rights with a focus on transitional justice--responses to genocide, mass atrocity, and other human rights crimes.  She has researched and published in the contexts of South Africa, Rwanda, Uganda and, more recently, she has studied the Truth and Reconciliation Commission of Canada, which was established in response to Indian Residential Schools.  Dr. Nagy is particularly interested in the relationship between gross violations of human rights and everyday, structural violence. Her current research flows from the study of residential schools; she examines the gendered legacies of colonialism and residential schools in the case of Missing and Murdered Indigenous Women. She is also Principal Investigator of SSHRC-funded research partnership between Nipissing University, Amelia Rising Sexual Assault Centre of Nipissing, the Union of Ontario Indians, and the AIDS Committee of North Bay and Area. The research group is mapping patterns of exploitation and community resilience with regard to sex trafficking in northeastern Ontario. Dr. Nagy has published in Law and Society, Third World Quarterly, Canadian Journal of Law and Society, and International Journal of Transitional Justice.<p>
Education
BA, McGill University
MA, Carleton University
PhD, University of Toronto
Research

Works in progress include:

Transitional Justice From Below: Grassroots Activism and the Struggle for Change. Edited by Kieran McEvoy and Lorna McGregor. Oxford and Portland, Oregon: Hart, 2008. In Law and Society Review 43:3 (forthcoming).