Honorees are chosen for their significant contributions to Nipissing University, their profession, and society-at-large. The 2022 honorary degree recipients are:

Dr. Patrick Dion, a leading government relations professional, mental health advocate, and one of Nipissing’s 2020 honorary degree recipients, will also deliver an address to graduates on Wednesday, June 15 at 9:30 a.m.

Nipissing will hold a total of eight convocation ceremonies over four days, including three ceremonies on Friday, June 17 where 2020 and 2021 graduates will have the opportunity to formally cross the stage. Ceremonies can be viewed by livestream at: http://live.nipissingu.ca/convocation.html

Full biographies of this year’s honorary degree recipients can be found here. 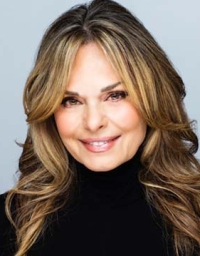 Broadcast Journalist Susan Hay has been part of the Global News family for more than 30 years. During her tenure, Hay has covered weather news, special events, and hosted a variety of shows. Her current position is anchor/producer of Making a Difference, the popular early evening news segment profiling inspirational people and organizations throughout the GTA who are positively impacting the lives of others. When Hay isn’t anchoring Making a Difference, she’s live in the field covering various events or in studio discussing hot topics of the day.

Hay began her career at MCTV in Sudbury as a weather anchor and host/producer of a live half-hour talk forum and moved to CBC Toronto as weather anchor and on-location entertainment reporter. In May 1989, Hay joined Global Television and anchored daily regional and national forecasts on Global’s evening and late-night newscasts.

From 2001 to 2003, she hosted her own signature segment, Susan Hay’s Heart of the City. This popular news segment also aired as a weekly half-hour documentary series on Global Television and (former) PRIME TV.

Hay continues to dedicate her free time to working with many charitable organizations and is spokesperson for The Leukemia & Lymphoma Society of Canada, The Darling Home for Kids and World Vision Canada.

In 2003, she visited Africa with World Vision to help children orphaned by AIDS and more recently travelled to El Salvador for charitable purposes. Her work in Africa resulted in a one-hour show that earned a Telly, an American Industry Award for Excellence in TV and Commercial Broadcasting. Susan made a second trip to Voi, Kenya in East Africa in August 2005 and later Tanzania in 2006 to build a school there.

Hay was appointed to Order of Ontario in 2021, the province’s most prestigious honour for individuals who have shown outstanding qualities of individual excellence and achievement both at home and overseas. Hay continues to serve her community not only in her compassionate reporting but also inspiring and impacting others through her exceptional public service, which has left a lasting legacy.

In 2009, she received the Gemini Humanitarian Award, presented to an individual for their exceptional contributions and commitments to community and public service outside the Canadian television industry.

Hay has won numerous other accolades including the 2009 Rotary Youth Impact Lifetime Achievement Award in recognition of her outstanding contributions to youth and young adults, the 2007 Spirit of Giving Award from the Reach for the Rainbow, the 2007 Canadian Crime Foundation Award of Honour for making a difference in the lives of others here and abroad, and the 2004 Consumer Choice Woman of the Year Award, which is an honour given to someone selected by the public. Additionally in 2000, she received the Outstanding Woman in her Field Award for In Celebration of Women given to those who have excelled in media and have assisted in raising awareness and funds for worthwhile causes and the Distinguished Diamond Award for her role in assisting charitable causes for the betterment of the community.

Her Alma Mater, Canadore College, presented her with an honourary diploma for Communication Arts and established a scholarship in her name and Mohawk College presented her with their Honourary Andy Award for excellence in the media industry.

Aside from her busy home life, Susan enjoys running and has completed three marathons including the Ottawa Citizen National Capital Marathon, the Barbados Marathon and the Hawaii Marathon, all in aid of Leukemia and Lymphoma research. 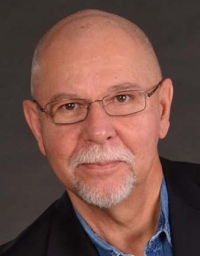 Thomas Charles Palangio is an explosive specialist, innovation expert and internationally recognized entrepreneur. He is currently the president and owner of WipWare Incorporated, a software development company that introduced the field of fragmentation imaging & analysis to the global mining industry.

Born and raised in North Bay, Palangio attended the Civil Architecture Technology Program at Eastern Ontario Institute of Technology (1965-1969) in Ottawa. He is a Certified Engineering Technologist (C.E.T.) and a member of the Canadian Institute of Mining and Metallurgy (CIM) and the International Society of Explosives Engineers (ISEE).

Palangio has amassed 50 years of experience in explosives manufacturing, application testing and performance evaluation. He has published several books and over 100 technical papers presented through conferences and participation on expert panels covering such diverse topics as high-speed photography, mechanical loading techniques, seismic vibration analysis, wall control methods and fragmentation assessment. His published works continue to be cited by authors worldwide.

As a champion of industrial innovation, Palangio has served on NORCAT (2002-17) and SAMSSA (2004-2018) Board of Directors, Canadore College Board of Governors (2006-12) and President of SAMSSA (2016-18). He first came to Nipissing University as Chair of the Audit and Finance Committee. He led the members through a successful cost reduction process before serving as Chair of the Board of Governors (2018-20). Palangio presently serves on Canadore College iCAMP Advisory Committee and the Board of Directors for MineConnect and Nipissing University Scholarship Fund.

Palangio is a multi-award-winning recipient for his business, leadership, and innovation talents. His most recent credits include the Outstanding Technical Achievement Award (2009) from the Ontario Association of Technologists, the Bell Canada Evening of Excellence Award for Best Small Business (2013) and the Innovation Award (2015) from the Northern Ontario Business Association. Palangio was inducted into the SAMSSA (MineConnect) Mining Hall of Fame in 2017. 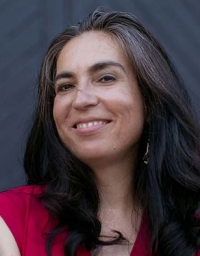 Tanya Talaga is an Anishinaabe journalist and speaker. Talaga’s mother’s family is from Fort William First Nation and her father was Polish-Canadian.

For more than 20 years, she was a journalist at the Toronto Star covering everything from health to education, investigations and Queen’s Park. She’s been nominated six times for the Michener Award in public service journalism and been part of teams that won two National Newspaper Awards for Project of the Year.

Her first book, Seven Fallen Feathers, is a national bestseller, winning the RBC Taylor Prize, the Shaughnessy Cohen Prize for Political Writing, and the First Nation Communities Read Award: Young Adult/Adult. The book was also a finalist for the Hilary Weston Writers’ Trust Nonfiction Prize and the BC National Award for Nonfiction.

Her second book, All Our Relations: Finding The Path Forward, is also a national bestseller, finalist for the Hilary Weston Writers’ Trust Nonfiction Prize and a finalist for the British Academy’s Nayef Al-Rodhan Prize for Global Cultural Understanding.

Talaga was the 2017–2018 Atkinson Fellow in Public Policy and the 2018 CBC Massey Lecturer, the first Anishinaabe woman to be so. 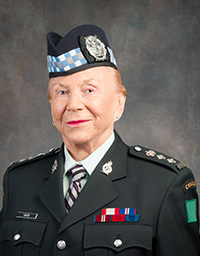 Mrs. Helen Vari is an eminent Canadian philanthropist and the President of the George and Helen Vari Foundation. Throughout her life, she has contributed greatly to the betterment of society.

Mrs. Vari was educated in both Austria and Hungary. After the 1956 Hungarian revolution, she came to Canada and she married her late husband: The Honourable George W. Vari. The couple established an international engineering and construction company.

Mrs. Vari has long been known for her outstanding philanthropy, her volunteer engagements, and her support of numerous educational and cultural institutions.

Following her late husband’s footsteps, she has been a lifelong supporter of education, as well as a person committed to ensuring students of all abilities and backgrounds have opportunities to study. The George and Helen Vari Foundation was created in 1984 to promote education in Canada and cultural and educational exchange, and it has provided philanthropic gifts to a number of institutions, such as the Ontario Institute for Studies in Education, the Princess Margaret Hospital, Victoria University at the University of Toronto, York University, Ryerson University, the Royal Ontario Museum, the Art Gallery of Ontario, and the National Arts Centre among many others.

Mrs. Vari is following her beloved late husband’s philosophy that education is the most important factor in our society for the betterment of the world.

She was also a primary financial contributor through the Vimy Foundation to the construction of the new Visitor Education Centre at the Canadian National Vimy Memorial in France.

Along with her commitment to education, Helen Vari has been a member of many important organizations, including the Vimy Foundation; The Canada Council for the Arts, the Alliance Francaise de Toronto, Maison des étudiants Canadiens at the University of Paris, the Ontario Heritage Foundation, and the Leukemia Research Foundation of Canada, among many others. She is the Founding and Honorary President of the World Monuments Fund, France, a foundation dedicated to the preservation of cultural heritage worldwide. Under her leadership, the Foundation has participated in the restoration of several major landmarks including la Cathédrale Saint-Louis-des-Invalides in Paris.