Each year during convocation, Nipissing University celebrates the value and importance of its faculty through the awarding of the Chancellor’s Awards for Excellence in Research, Teaching and Service. Congratulations to this year’s deserving recipients:

Chancellor’s Award for Excellence in Service 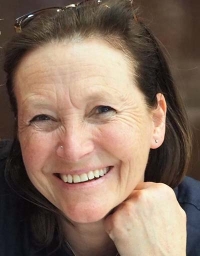 Dr. Sal Renshaw is an Associate Professor and Department Chair in the Department of Gender Equality & Social Justice, cross-appointed to the Department of Religions and Cultures at Nipissing University. She has a PhD in Philosophy from the University of New South Wales, Australia and is the author of the book, The Subject of Love: Helene Cixous and the Feminine Divine (2006). Sal has been teaching at Nipissing since 1999, with a focus on the intersectional complexity of social justice, as well as innovative curriculum development and design. To this end, Sal has developed a slate of courses in the emerging area of environmental humanities focused on non-human animals. Her most recent course, “Pets,” will be taken on its first walk in 2023.

In collaboration with Dr. Renée Valiquette, Sal’s research extends to the university itself as one of the few remaining public spaces with the potential to forge new forms of civic discourse, and provide more opportunities for students, of all ages, with varying goals, to encounter each other in transformative and impacting ways. To this end, Sal and Renee created a series of interdisciplinary courses designed to teach students how to think critically, ethically and creatively across disciplinary boundaries. At the second-year level, the pedagogy is facilitated through a theme, with guest lecturers from all faculties presenting on everything from DIRT, SECRETS and SLOTH to CHAOS, DREAMS, and for the upcoming year, PLAY. Of equal importance to Sal is the way the courses showcase the extraordinary teaching talents and dedication of Nipissing faculty. Sal’s service in bringing these courses into being is rewarded by the opportunity to work closely with so many of her colleagues.

Sal has chaired the GESJ department for 15 years. She is a long-serving member of Senate and served a memorable term as Senate Speaker. She has sat on numerous university committees including the International Women’s Week organizing committee, the ad hoc committee to re-develop the Liberal Arts degree, the Faculty Governance Committee, the Sexual Violence Prevention Policy committee, as well as innumerable hiring committees. Notably, Sal served for 10 years as Grievance Officer for the Nipissing University Faculty Association, and she was simultaneously a member of the Ontario Confederation of University Faculty Associations provincial Grievance Committee where for a period she also served as Committee Chair.

Beyond service to the university community, Sal has been involved with the local AIDS Committee of North Bay and Area for nearly two decades. She has been a volunteer board member as well as a member of the Executive. Currently, Sal is the Chair of the Board as well as the Chief Negotiator for the Employer side, a role which further stretches her genuine commitment to relationship building. Having the opportunity to give back to her local community in these ways, for Sal, is a genuine privilege.

Sal’s commitment to service, both to the university as well as the broader community, flows from the belief that it is not enough to theorize about the need for social change, we must participate in making it happen by building and maintaining relationships of integrity. In all her work, Sal remains committed to the labour of relational problem solving, and to the idea of good and just relationality as the bedrock of institutional and social health. 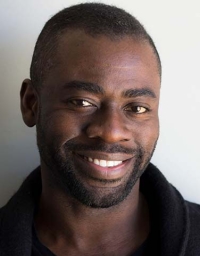 The Chancellor’s Award for Excellence in Teaching was established to recognize full-time faculty with an outstanding record of teaching, including evidence of engagement with the scholarship of Teaching and Learning and evidence of sustained innovation in teaching practice including, but not limited to, in areas such as teaching collaborations, experiential learning, interdisciplinary teaching and those who play a significant role in the education of Nipissing University students. Dr. Charles Anyinam is this year’s recipient of the Chancellor’s Award for Excellence in Teaching (FASBU).

Dr. Charles Anyinam is an accomplished registered nurse and educator with over 20 years of teaching, scholarship, and service experience in the post-secondary sector. He is an Assistant Professor in the School of Nursing and the Schulich Teaching Chair in Equity, Diversity, and Inclusion at Nipissing University.

For Anyinam, teaching is truly a passion that is reflected in his work and by the recognitions he has received for excellence in teaching. He is a COUPN Teaching Innovation Award nominee (2009), and while at York University he was the recipient of the Faculty of Health Dean’s Teaching Award (Early Career) (2008-09). Anyinam has also been recognized by the Registered Nurses' Association of Ontario (RNAO) for leadership excellence in nursing education (2013).

Anyinam’s scholarship includes a focus on educational accessibility and understanding the experience of the learner. He has co-led the development of multiple educational interventions that have reached learners across Ontario and internationally. As an active team member in a research collective, Anyinam has significantly contributed to our understanding of the impacts and outcomes of nursing bridging education across Ontario, bringing these findings back to inform curriculum and course development/revision and thereby enhancing the student experience in Nipissing University’s RPN to BScN Blended Delivery program.

The reach of Anyinam’s creative innovation in post-secondary education extends beyond the classroom space. Through his commitment to equality, diversity, and inclusion, he has worked with students and faculty at Nipissing University to develop a greater shared understanding and appreciation of the roles that equity and belonging play in the health and prosperity of all Canadians. 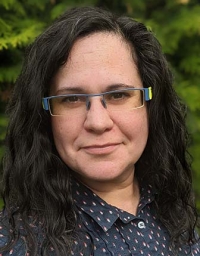 Erin is an esteemed instructor across several departments. While her home department is Gender Equality and Social Justice, where she teaches primarily first year students, Erin has also taught for the departments of Indigenous Studies, Child and Family Studies, and History.

During her career at Nipissing University, Erin has worked in the Office of Indigenous Initiatives in support and administrative roles, most recently as the Lead of Indigenous Learning. During this time, she collaborated with Elders and educators to create the Indigenous Foundations Program. The program focuses on themes of identity, belonging and Nishnaabeg resurgence, and gives students the opportunity to practice first year level reading, writing, and critical thinking as they connect their particular interests and those of their home communities to broader social justice themes. Her work in the program has provided Indigenous students with a safer space to explore their interests in post-secondary education, and to enact Indigenous resurgence and decolonization – both inside and outside the university environment.

Along with Elder John Sawyer and Dr. Katrina Srigley, Erin created an exceptional educational experience through a Summer Institute course titled Animating the Land: Nbisiing Nishnaabeg. Students from a variety of disciplines as well as community members, both Indigenous and settler, learn the history of Nishnaabeg territory, land, and people through Nishnaabeg pedagogies, including intergenerational learning relationships.

Erin’s work as an educator and researcher extends beyond the university classroom. Erin is the Community Profiles Project Coordinator with Kinoomaadziwin Education Body where she is collaborating with six First Nation communities in the region to create and publish community profile books and teachers’ guides. Erin has also worked as Policy and Program Advisor, Ministry of Advanced Education and Skills Development, Indigenous Education Branch where she visited Indigenous education councils at over twenty colleges and universities across the province to lead focus groups in assessing the Post-Secondary Education Fund for Aboriginal learners.

Erin engages in a variety of service both in the community and in the university. Since 2020, Erin has been serving as the CASBU member-at-large on the Nipissing University Faculty Association Executive. During this time she has helped to create an Indigenization advisor role as well as an Executive position for an Indigenous Faculty Representative.

This award recognizes not only Erin’s remarkable efforts, across multiple programs, to develop and teach decolonizing and anti-racist curriculum and to enact and embody Nishnaabeg pedagogies, but it also honours the educating that she does in establishing and maintaining ethical and meaningful relationships across the Nipissing University community and beyond.

Erin shares this award with her first teachers: her parents Pat and Terry, sister Tanis, and brother Tyler, all of whom are educators and all of whom are proud graduates of Nipissing University.