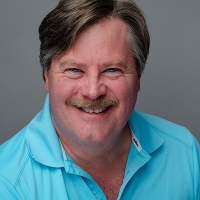 Dennis Chippa has served as Executive Director of the Gathering Place, North Bay’s Community Soup Kitchen and food distribution center for the past five years.

He has won regional, provincial and national awards for his television work over the years. Dennis spent fifteen years at MCTV in North Bay as a reporter, anchor and editor. Following two years at Cogeco, he switched careers, moving to the AIDS Committee of North Bay and Area as an HIV Educator.

In 2016, he was named to the Order of Ontario, the highest honour for volunteerism in Ontario, for his work with North Bay’s vulnerable population. His lengthy volunteer career included spending time coaching Special Olympics, Community Living North Bay, The Youth Justice Program, the North Bay Anti-Drug Focus, and Literacy Nipissing. He is currently a volunteer with the Canadian Red Cross on its disaster management team, as well as a qualified First Aid and Psychological First Aid Instructor.

Seven winters ago, he was one of the driving forces behind the opening of North Bay’s Warming Centre, bringing homeless individuals in from the cold during winter months. He has launched numerous programs including “No Thanks I’m Driving” and “Alarmed for Life”. He is also the author of three children’s books, all relating to North Bay and Christmas, with all financial benefits going to Literacy Nipissing  to help adults who are having trouble with reading, writing and computer literacy. 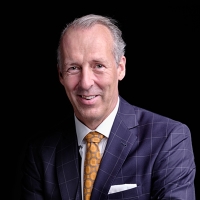 Mr. Dion was appointed as Ontario’s representative as an inaugural director of the board of the Mental Health Commission of Canada, serving the board for nine years and four years as vice-chair, and chaired the Human Resources Committee, Audit and Finance Committee, Investment Committee, and Governance and Nominating Committee.

Mr. Dion has become a recognized voice for mental health and wellness, frequently invited to speak on the reform of Canada’s mental health system. He was awarded the Queen's Diamond Jubilee for his service to Canada, received The Royal Ottawa Leader in Mental Health Award, Ontario Medical Association Community Service Award, and was invested into the Order of Ottawa.

Mr. Dion was recruited by Ontario’s Minister of Health to serve on the advisory group guiding the Government of Ontario’s review of its mental health and addictions system and has chaired the Champlain LHIN's Mental Health and Addictions Advisory Committee on Improving Consumer Flow.  Mr. Dion is chair of the board of Eastern Ontario Regional Laboratory Association, a member of Carleton University board of governors, and a director of the board of the Canadian Film Institute.

Mr. Dion’s journey to being recognized as a well-respected and active member of Ottawa’s business community led to him receiving the Ottawa Business Journal’s Forty Under 40 Award, its annual list of top young business leaders in Ottawa.

Mr. Dion graduated from the University of Western Ontario with a degree in Electrical Engineering Science and also completed the Directors Education Program (DEP) at University of Toronto's Rotman School of Management. 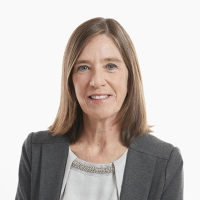 Most recently, she was CEO and board member of Sunrise Senior Living, an international elder care residential company. She sits on the Board of Directors of PVH, where she chairs the Corporate Responsibility Committee and on the board of Primrose Schools, a private equity owned school for early childhood learning.

Ms. McIntyre serves as an Advisor to the Board at Ocean Spray Cranberry Co-operative, providing counsel to the owner/grower board members on strategic, marketing and growth initiatives. She is also the Chair of the Peter P. Dhillon Centre for Business Ethics, a non-profit established in 2015 associated with the University of British Columbia Sauder Business School focused on the furthering of ethical perspectives in business.

Ms. McIntyre is a dual citizen born in Montreal, Canada and graduated from Western University’s Ivey Business School in 1982. She is married to Peter McKenney, a North Bay native, and has two adult sons. She currently lives near Washington D.C. and attends Georgetown University in the Master’s of Liberal Studies program. 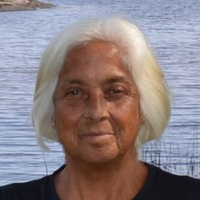 Joan McLeod Shabogesic is a proud Nbisiing nishnaabe-kwe. She held the position of Land Manager for Nipissing Nation for 37 years. Ms. McLeod Shabogesic was instrumental in the settlement of three land claims that not only increased Nipissing’s land holdings, but also established lucrative settlement trusts.

Significant milestones in her tenure at Nipissing Nation were her responsibilities of treaty and land claim negotiations, repatriation and research. Her professional specialties include the land governance responsibilities of managing revenue generating initiatives, the establishment of protectionist measures such as land use zoning and resource management.

She was a member of a group of fourteen First Nations from across Canada who developed and successfully negotiated with Canada to enact the First Nations Land Management Act. This Act set in place the Chief’s Land Advisory Board.  Her responsibilities as Land Manager included the drafting and consultative processes for enacting Nipissing’s land laws.  Ms. McLeod Shabogesic accomplished the first drafts for Nipissing environmental management, archaeological management and the Nipissing Land Use and Zoning Law.  The archaeological management plan developed under Ms. McLeod Shabogesic’s tenure as Land Manager resulted in the Nipissing Archaeological Summer School.  Ms. McLeod Shabogesic notes this summer school as her proudest achievement.  The youth that attend this summer school achieve summer job experience that delves into the Nipissing Peoples historical past and a wider vision of educational and career opportunities.

Ms. McLeod Shabogesic holds a Bachelor of Arts in History from Nipissing College under Laurentian University.

Born and raised in New York City, Jerry O’Connell began his acting career at age 11 when he co-starred as Vern Tessio in the classic Rob Reiner film “Stand by Me”.

After graduating with a Bachelor of Fine Arts degree from New York University, he returned to feature film work, notably receiving critical acclaim for his role as quarterback Frank Cushman in “Jerry Maguire” with Tom Cruise. Additional screen credits include: “Scream 2”; “Can’t Hardly Wait”; “Mission to Mars”; “Tomcats”; the Jerry Bruckheimer–produced comedy “Kangaroo Jack”; “Yours, Mine and Ours”; “Man About Town” (with Ben Affleck); “Obsessed” (with Beyonce Knowles); Dimension Films’ remake of the cult classic “Piranha 3-D”; and most recently the big screen follow up to the cult hit television series “Veronica Mars”.

In 2004, O’Connell sold his screenplay for “First Daughter” to New Regency Films. He served as an Executive Producer on the film, which starred Katie Holmes and was directed by Forrest Whitaker. In 2011, he made his Broadway debut in Theresa Rebeck’s “Seminar” opposite Alan Rickman.

Equally prolific on television, he starred on NBC’s hit drama “Crossing Jordan” for six seasons as Detective Woody Hoyt, a character that also crossed-over to NBC’s “Las Vegas.” O’Connell has recently been featured on hit series like “Scream Queens”, “Mistresses”, “Billions”, and “The Mysteries of Laura”, and has been a recurring co-host on “Live! With Kelly”. He has also been working behind the camera as well, directing multiple episodes of “Mistresses” and most recently, “Andi Mack”. Recently, O’Connell played Harley Carter in Season 2 of “Carter” for Sony AXN and Bell Media which is filmed in the City of North Bay. 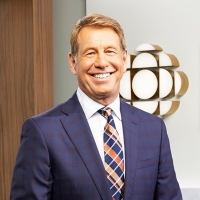 A Canadian Screen Award and Gemini Award-winning broadcaster and acclaimed author, Scott Russell brings vast experience, passion and knowledge to his role as one of the hosts of CBC Sports' Road to the Olympic Games. Mr. Russell's unparalleled enthusiasm for amateur sport shines through in every aspect of his work for the network.

A CBC Sports veteran of more than 25 years, he has covered 14 Olympic Games including his most recent work as host of Olympic Games Primetime during CBC/Radio-Canada's coverage of the PyeongChang 2018 Olympic Winter Games.

Mr. Russell also hosted CBC's prime time coverage of the Toronto 2015 Pan Am Games, the XX Commonwealth Games in Glasgow, Scotland and CBC's primetime coverage of 2014 FIFA World Cup Brazil™. He has also hosted the 2010 FIFA World Cup South Africa and the 2011 FIFA Women's World Cup Germany. In addition, he was a host and rink-side reporter for CBC's Hockey Night in Canada for 14 years. Outside of his hosting duties, Mr. Russell authors insightful blog posts at cbcsports.ca where he discusses the world of sport from all angles. He is also a member of the CBC Sports initiative on women in sports.

Aside from his work at CBC, Mr. Russell has taught a course in Canadian Sports History at Toronto's Centennial College. Mr. Russell is a graduate of the University of Western Ontario and holds a Master’s of Arts in Journalism degree. In 2014, he was honoured by Sports Media Canada with the George Gross Award for Outstanding Broadcasting. In 2013, he was presented with a CBC President's Award in the Brand Champion category in recognition of his dedication and enthusiasm for his work covering amateur athletics for the network. In 2012, was awarded a Queen Elizabeth II Diamond Jubilee Medal for his contributions to sports in Canada.